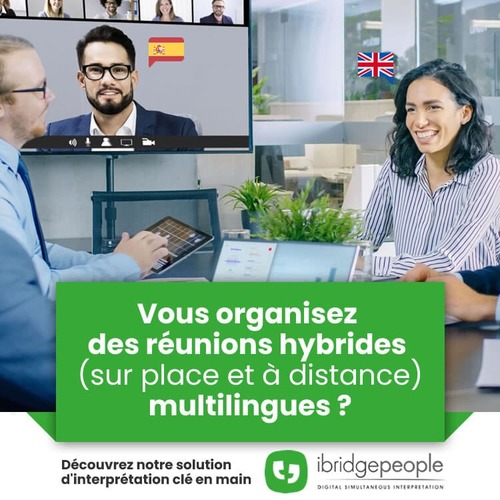 Do you organise multilingual hybrid (on-site and remote) meetings?

iBridge People, your turnkey solution for hybrid events: on site (traditional interpreting equipment, booths) and remotely (digital platform) we adapt to your needs. We provide the equipment on site, the set-up and the technician, as well as the digital platform for remote participants and the interpreting booths. 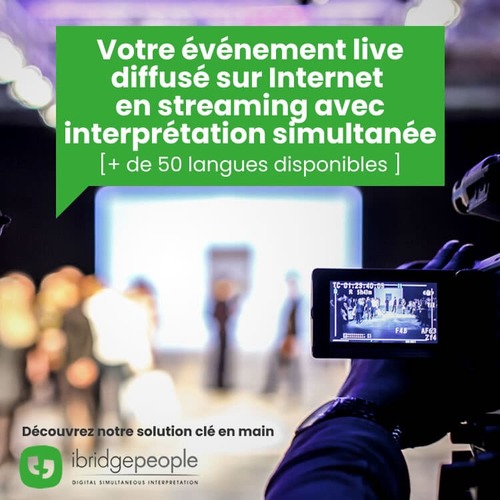 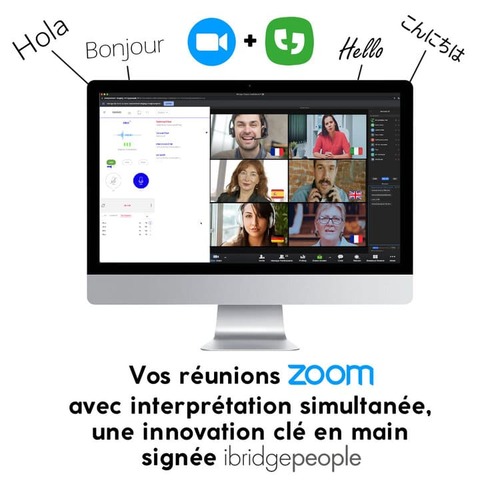 The cross-platform solution combines the best simultaneous interpretation tool, AudioDesk, with the video conferencing platform of your choice. We offer native integration on #Zoom.
What do I need to do to prepare for a conference?

Tell us the details of your meeting (date, time, languages, subject, documentation). We create a Zoom session for you, with the languages you need, and our interpreting booths are connected directly to it. This way, each participant speaks and hears the chosen language, with high quality simultaneous interpretation. 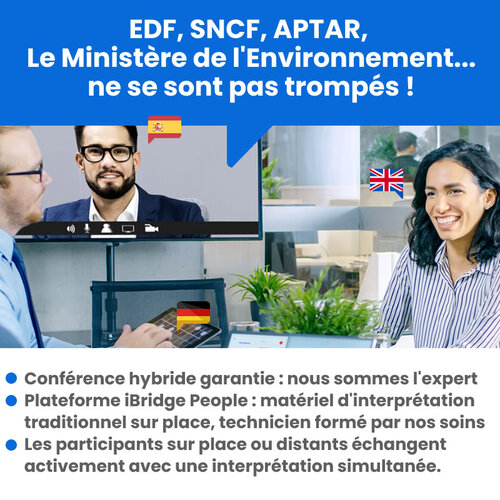 What is a hybrid meeting?
It is a meeting with on-site participants, using traditional interpreting equipment, and remote participants who are connected to the iBridge People platform. The interpreters can also be located on site in traditional booths or remotely.

How to solve this equation?
With a single computer connected to the iBP system and linked to the interpreting console: on-site or remote participants attend the event with simultaneous interpretation. For two days, iBridge People hosted the world committee of a major French group in twelve languages on its simultaneous interpretation platform, with plenary and sub-group sessions for some thirty channels, with up to 10 channels used simultaneously for the multilingual sub-group sessions. A fine performance praised by his partner Into-Nations who commissioned him for his client:

“A big thank you for your help and that of the technicians, the meeting was a success. Despite its complexity, the meeting went off without a hitch and the client is delighted! Antoine Lioud, Associate General Manager, Into-Nations”

???? CONTACT US
On ibridgepeople.com or on +33 9 8080 2005. iBridge People offers you Remote Simultaneous Interpretation on a digital platform, on a PC, tablet or Smartphone. All languages are within reach of your headphones for your conferences, events and meetings. 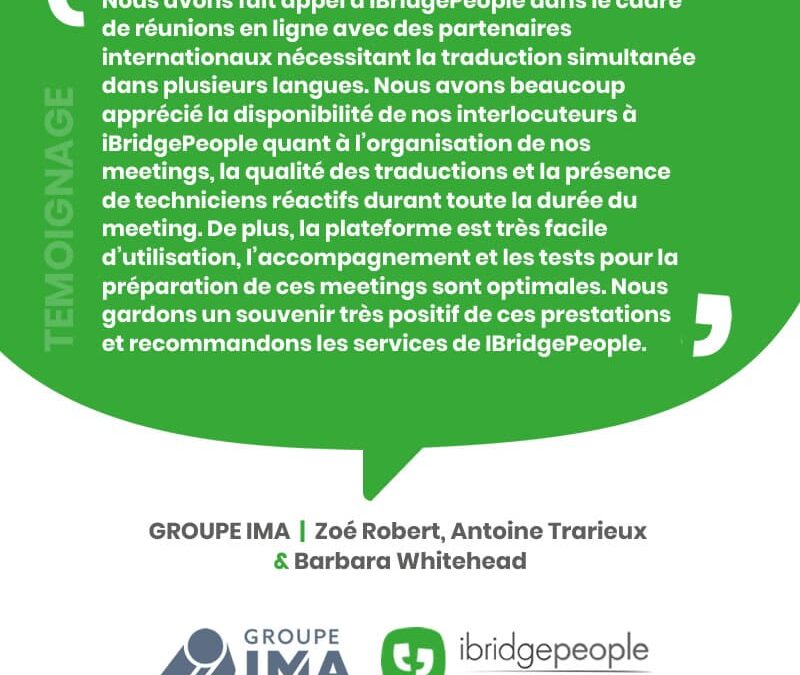 “We have used iBridgePeople for online meetings with international partners requiring simultaneous translation in several languages. We greatly appreciated the availability of our contacts at iBridgePeople regarding the organisation of our meetings, the quality of the translations and the presence of responsive technicians throughout the meeting. In addition, the platform is very easy to use and the support and tests for the preparation of these meetings are optimal. We have very positive memories of these services and recommend IBridgePeople.”

Thanks to the IMA Group and to Zoé Robert, Antoine Trarieux and Barbara Whitehead.

Thus, the platform of your choice coupled with the iBridge People virtual booth system is an optimal solution for participants and interpreters.

We use cookies on our website to give you the most relevant experience by remembering your preferences and repeat visits. By clicking “Accept All”, you consent to the use of ALL the cookies. However, you may visit "Cookie Settings" to provide a controlled consent.
Cookie SettingsAccept All
Manage consent